This post will share our predictions for the favorite teams most likely to win this year’s World Cup. We’ll also cover some of the reasons why we think each of these teams is a strong contender and other teams that might make a run for the title. So without further ado, let’s get started! 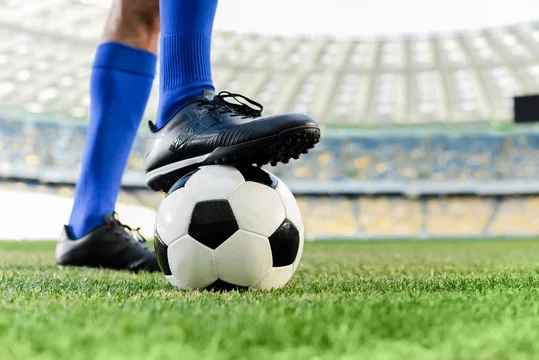 Many people are betting on Brazil, and with good reason. This team has a strong foundation with some outstanding players. Players like Alisson, Neymar, Casemiro, Vinícius Júnior, Ederson, Fabinho, Marquinhos, and Rodrygo, are prominent and have shown good play over the last season of 2021/2022.

Brazil has won the most world cup titles out of any country, so they know what it takes to win. Though they recorded a big loss to Germany in 2014 of 7-1, Brazil’s players have proven themselves capable of delivering the best game in their respective teams. We have seen upcoming phenom players like Rodrygo, and Vinicius Juniors, among others.

In the 2022 Fifa World Cup, Brazil was placed in Group G to compete with Serbia, Switzerland, and Cameroon. They have a set of 450+ odds, the lowest in the 2022 FIFA World Cup Betting meaning they have a high chance to win the Group stage on top and reach high in the competition.

With an incredibly passionate fan base and a lot of skill and experience on their side, Brazil is a team to watch out for.

You’re probably rooting for Argentina this year. They’ve got some of the best players in the world, and they’re looking pretty good, like Messi, who has received the Ballon d’Or award. Being their appearance for Messi could be the impetus just like Diego Maradona in 1986.

Argentina is one of the most well-known teams in the world. They won the World Cup twice, in 1978 and 1986. The team has also won Copa America fifteen times, most recently in 2021.

Argentina has been one of the top teams in FIFA World Cup history for over 20 years. It will be interesting to see how they fare this year against other top teams like Germany, Brazil, and Spain. It will be an exciting tournament, and it’s anyone’s game. Argentina will be looking to take home their first title since 1986  and they’ll need all their star power to do it.

France won the tournament twice in 1998 and 2018. Even though they have a history of success in this tournament, they have some new faces on their team this year. The team will play against Tunisia, Australia, and Denmark in Group D of the 2022 FIFA World Cup.

Further, France endured an undefeated record in the European Qualifiers. With prominent forward players like Kylian Mbappe (the highest-paid football player in the world) who helped the team win the world cup 2018, they have a high chance of winning the 2022 World Cup.

England has a good chance this year. They made it to the semi-finals in 2018, and they’ve been looking pretty strong in the lead-up to this year’s tournament. They’ve got a young team with a lot of energy, and they’re capable of making it to the finals.

One thing that could work in their favor is that they’re not the favorites. This could give them an edge, as teams often start to feel the pressure when they’re expected to win. England has nothing to lose and everything to gain, so they can go out and play at their best with less stress. Do you think they can do it?

Spain is one of the top contenders this year, and there’s no doubt they have the skills to take home the cup. They’re an experienced team, and they’ve proved themselves time and time again.

They have seen outstanding upcoming players like Gavi, Pedri, and Torres. The team could deliver more than expected with a little connection with experienced players like Jordi Alba.  Their biggest challenge will be their group-stage opponents, Germany. But if they can make it past that, they have a good chance of making it to the finals. 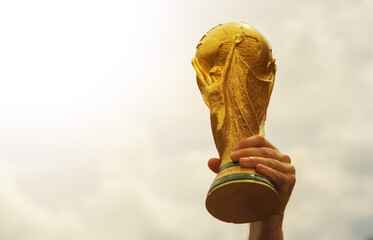 Germany is a team that’s always been at the top of its game. They have an impressive track record and are one of the favorites to win. Germany will meet Spain, who battered them 6-0 in the Nations League. So, if they can beat Spain, they will have fewer problems with teams like Japan and Costa Rica in their group stage.

They also have some of the best players in the world, like Kai Havertz, Serge Gnabry, and Joshua Kimmich, which is always a huge advantage. Plus, they’ve been working hard this year and are playing with a lot of passion. Without a doubt, they have a real shot at taking home the trophy this year.

You might be surprised that Belgium is one of our favorite teams to win this year’s FIFA World Cup. They’ve got an incredible team, and we think they’ve got a real shot at taking the cup.

Their midfield is especially strong, and having Romelu Lukaku as their striker could make them unstoppable. Eden Hazard is one of the most talented players in the world, and he’ll be a real threat to any defense he comes up against.

We’re not the only ones high on Belgium, several bookmakers have them as one of the favorites to win this year’s tournament. So make sure you keep an eye on them as the World Cup progresses.

It’s officially World Cup season, so it’s time for speculation about who will take home the championship this year. Brazil, France, and Argentina are all contenders, but it’s anyone’s game.

No one knows who will win, but we can still make some guesses. Brazil is the home team and always a favorite, France has some of the best players in the world, and Argentina is always a threat. Ultimately, it will come down to who plays their best on the day. So grab your team’s flag and get ready to cheer them on because it’s going to be an exciting World Cup season.

This content is provided and hosted by a 3rd party server. Sometimes this servers may include advertisements. Full Matches and Shows does not host or upload this material and is not responsible for the content.
FIFA's World CupWorld Cup
0
Share FacebookTwitterGoogle+ReddItWhatsAppPinterestEmail

Escape from Tarkov: Tips and Tricks Every Player Should Know